Vijay Deverakonda and Rashmika Mandanna made a stylish appearance and interacted with the media over the release of the film.

Vijay Deverakonda and Rashmika Mandanna’s upcoming film Geetha Govindam is all set for the worldwide release on August 15. Produced by Bunny Vas, Geetha Govindam is said to be an interesting romantic story. The makers of the film are leaving no stone unturned for the film’s promotions. Amid everything, the film has got into an unfortunate situation. Few scenes of the film including the title credits of the film have reportedly leaked online. The scenes of the film have gone viral on social media. According to media reports, one of the team members from the post-production team copied some of the visuals and circulate it.

The police on investigation caught the responsible person and soon was arrested. The makers are currently in worry and are doing their best to pull down the leaked scenes. Meanwhile, the makers hosted a press meet yesterday attended by Vijay Deverakonda and Rashmika Mandanna. The two made a stylish appearance and interacted with the media over the release of the film. Take a look at the photos from the promotions. 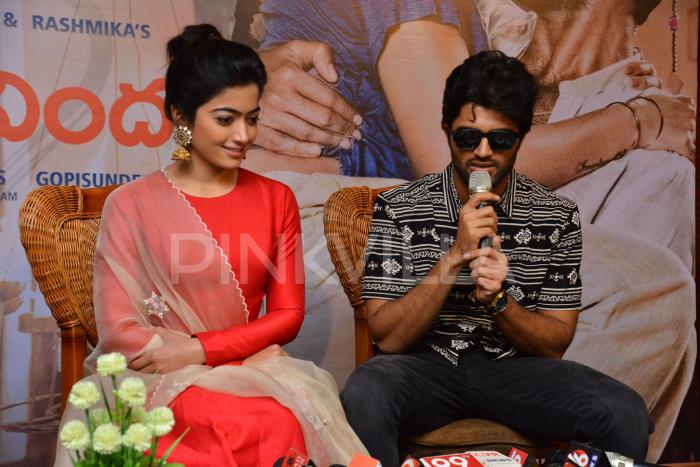 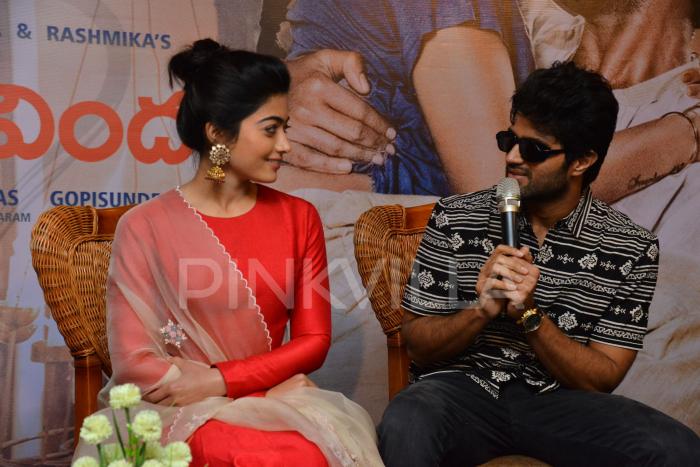 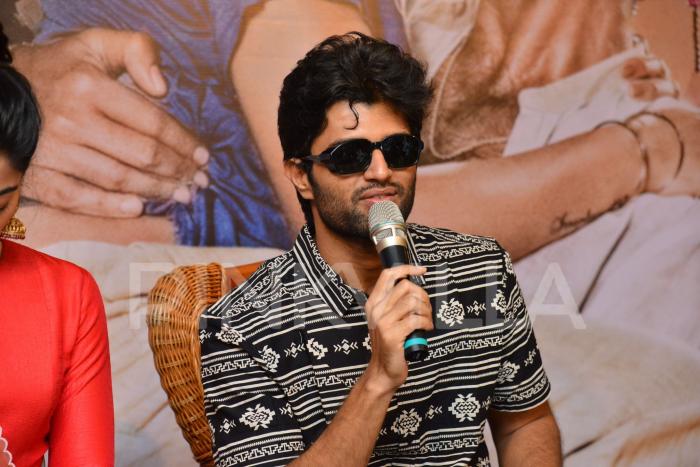 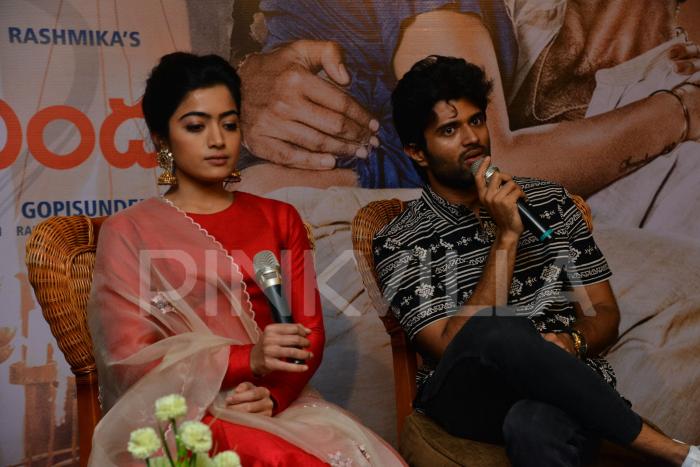 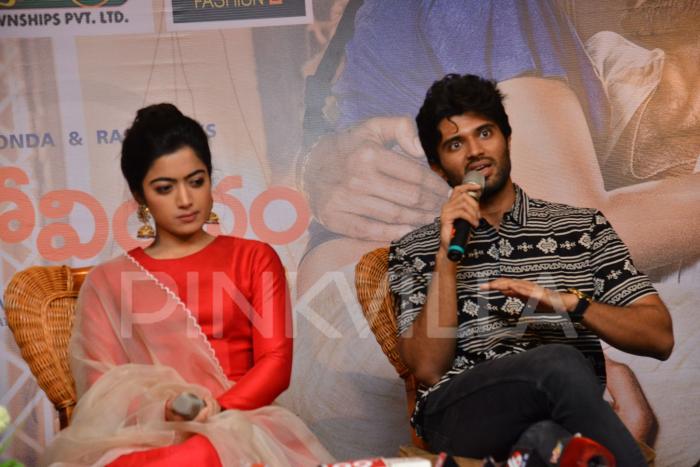 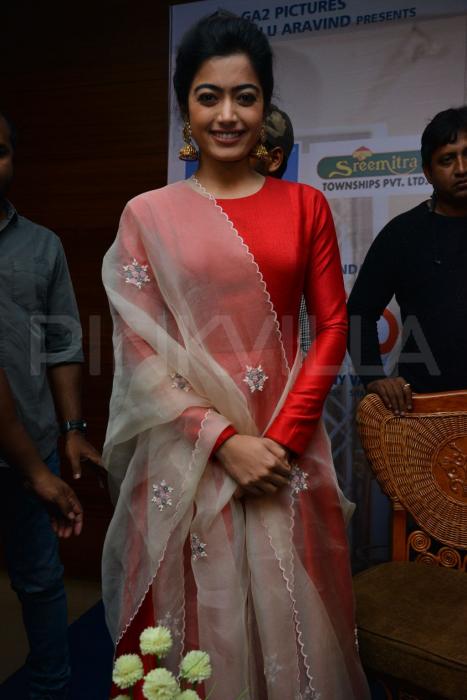 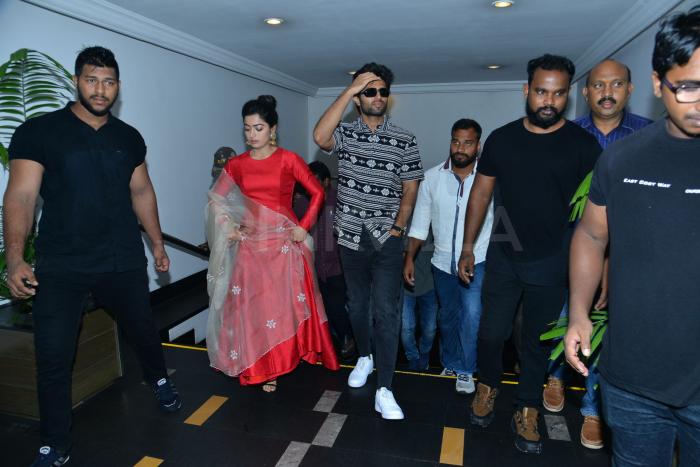 Vijay Deverakonda and Rashmika Mandanna starrer is directed by Parasuram. Expectations are obviously high since the film is releasing right after the super hit Srirasthu Shubhamastu. Producer Bunny Vass is bankrolling the project under GA2 Pictures Banner with Allu Aravind presenting it.

The film is releasing on August 15th for Independence Day